by Shifi on October 16, 2012 with 1 comments Relationships 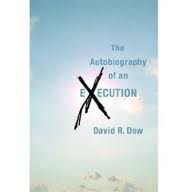 Obviously, this is extreme.  Yet I really think we could all relate to this idea on some level.

Truthfully, when I see very successful people, I usually do stop and wonder about what their parents did right.

Because I believe the confidence and the self-esteem that is needed to succeed in life is determined in childhood, as this video so clearly shows.

It happens to be that I interned at Tully House in Newark NJ (a Residential Community Release Program) years ago and treated many of the inmates and their families. I witnessed the sentiment  of David R. Dow first hand.  Many of the criminals I worked with began their careers as 8 year olds, stealing money from their neighbors to feed their younger siblings, while their parents were drowning in alcohol.  And many had shared that back then, they truly believed they were doing the right thing.

I’ll never forget how one man, John, told me about the time that he broke into an old woman’s house when he noticed that her purse was on the couch.  He said he climbed through the living room window and jumped onto the couch.  What he hadn’t noticed earlier that this woman was laying on a couch across the room! He said he she started screaming and crying and all he wanted to do was calm her down and take care of her! But he knew the longer he would stay, the more anguished she would be so he ran out the front door (and actually got away with that break-in so it was true remorse). I am not kidding when I say he had tears in his eyes when he told me this story and hates himself for what he did to that innocent woman.

But stealing and selling drugs were the only thing he knew since he was 8 years old.  So he was back in jail for the 3th time.

Until this day, I wonder about him, wonder what he’s up to and wonder where he will end up.