by Shifi on September 25, 2012 with 0 comments Relationships 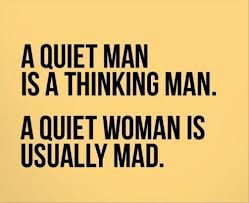 Taken from Our Discussion Page:

Every Marriage and Family Therapist has seen the following interaction: the tearful wife says softly, “Sometimes I really think he must not love me,” and the husband’s jaw literally drops in disbelief that she can actually think that.

At that point, the man is often so frustrated and he feels that he just can’t do anything right. And typically, he begins to grow more and more silent, and eventually begins to blame his wife for these interactions.

But where is this all coming from? The answer often is that men dread feeling shame. Men actually have a real fear of being ashamed. As ‘macho’ as they come across, statements from a man such as “I can never make you happy” or “Nothing I do is ever good enough for you” really are covering up feelings of inadequacy in being able to make their wife happy. Truthfully, all they want is for their partner to love and respect them and men are often surprised to hear that they are sending the wrong messages to their spouse.

Men often feel powerless about relationships in general. But this is not entirely men’s fault: their brains are wired differently than women’s. The ability to interpret emotions and comprehend non-verbal messages is housed right in the limbic area, where the female brain just so happens to excel! Therefore, it’s harder for men to differentiate between different emotions, and this puts them at a distinct disadvantage in the male-female relationship.

This doesn’t mean that men can’t identify and comprehend their different emotions. It just means that they have to work harder on it than women. But when a woman asks a man to “get in touch with his emotions” it is like asking him to do the impossible. Unless taught otherwise, men are often conditioned at a young age to hide emotions and let them pass. Talking about emotions can make a man physically uncomfortable. Sometimes it even causes a man to be more abrupt with his wife which will then make the man feel even more inadequate that he is not able to please his wife.

Attention Women: Do you REALLY want your husband to express his feelings? Be careful what you wish for!

So often, therapists spend hours and hours getting a man in touch with his feelings and then one day, they hit a milestone and the man comes into session and declares “I’m really sad, lonely, unappreciated, mistreated and I really have a lot of unmet needs!” Typically, after that comment, the wife looks down at the floor and says “I did not mean those feelings…”

John Gottman (renowned researcher on marriage) is quoted by saying that the number one thing women do to men that will lead to divorce is called “harsh start-up.” This is referring to a harsh beginning to a conversation, that causes higher physiological arousal in men, causing them to be very impulsive – trying to flee the shaming experience. Examples include “Honey, we need to talk,” or “I’m sick of you doing this,” or even a nonverbal gesture such as slamming a door. They guy gets flooded by the abruptness, and the woman, whether she knows this or not, loses him completely, causing him to feel more shame. If this conversation must be had then the more effective way would be for the woman to start off slowly and to make sure that the man does not feel shamed.

Additionally, if a woman wants to feel more love from him, she must honor their routine. When men are in their routine, that reduces the risk of “abrupt arousals” and lessens the possibility of shame. Allowing men to have their space, is a powerful way for a woman to show love towards him. It’s as powerful as him having an intimate conversation with her. Women need to understand that men feel happiest at home when their wives are there with them– even if she is in the next room! That is why the husband’s jaw dropped in our first example.

However, the flip side is that men cannot understand the fear of being alone that women constantly battle, particularly due to his fear of shame and withdrawal. The feeling of isolation for a woman – in her home, in her dreams, in the day-to-day routines and/or being emotionally disconnected from her partner is what women fear most.

How do we deal with this gap between men and women?

First, educating yourself is key. If you feel that your relationship can be better, then it’s possible that there are some misunderstandings and it probably can be more satisfying. Seek out the information that you are missing and remember that you are probably not the only couple dealing with this. For the purposes of this forum, it is hard to delineate all the various way to close this gap between men and woman. But gaining an understanding of what’s going on, at least, should be helpful.

Second, an answer to how to bridge this gap and how to maximize your marriage, is actually having empathy for your partner. If you’re a woman, understanding your husbands fear of shame and his real deep down desire to actually please you is your pre-requisite to having empathy for him. As women focus on men’s dread of being shamed, rather than on their own resentment for the process, women will likely lower their own fear of being lonely, hence, increasing the chances of a real intimate connection. Likewise, men must tune into their wives anxiety and confusion about what seems to be going on. If you’re man, try to focus on her disconnection to you and how scary that might be for her, rather than on your own urge to withdraw. This should lower your own discomfort of having to “talk about emotions” and ease into closeness. This understanding will hopefully increase the likelihood of a much more satisfying relationship for both of you.

Let me know if this was helpful 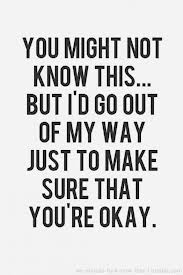